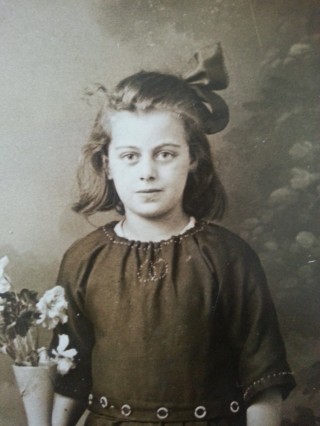 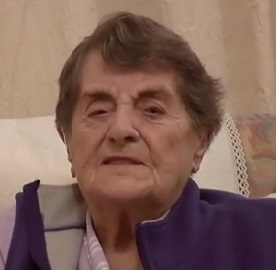 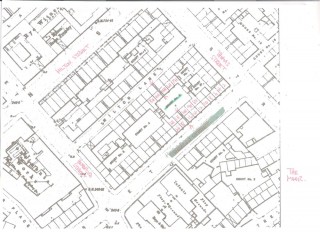 Elsie's annotated map of Hodgson Street in the area she grew up
Photo: Our Broomhall 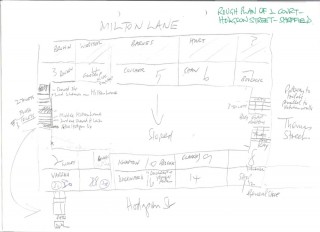 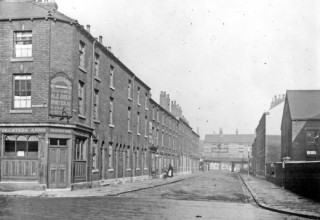 Trevor Hall from Cambridgeshire contacted us to tell us about his mother, Elsie, who grew up in on Hodsgon Street in Broomhall and still lives in Sheffield today:

“Elsie Pix formerly Hall nee Godley was born at 2 Court 2 House Hodgson Street on the 8th February 1912, was christened at St Silas and is now in her 102nd year. Her parents and grandparents were married there, she and her brothers went to the school there, and the latter both sang in the choir. Other members of her family were also married at the Church, because everyone lived nearby in the surrounding streets.”

Trevor sent us the notes from a conversation he had with his mother in 2010 about who lived in the neighbouring houses on Hodsgon Street and Milton Lane when she was growing up. The recollections are likely to relate to around 1920 onwards when Elsie would have been eight years old:

The lavatories were arranged in blocks both to the left and right of the entries, and were situated against the two boundary walls enclosing the yard. The blocks were built at right angles to the walls in the spaces between Houses 2 & 3 which faced each other across the yard, and similarly between Houses 7 & 8. These four dwellings, being in the four corners of the yard, were larger than the others because they had an offshot kitchen/scullery. There was only one other downstairs room, together with a cellar. Upstairs there was one bedroom on the first floor, and an attic room on the second floor, where at House 2 the three Godley children slept. House 2 had gas lighting in the living room and the first floor bedroom, but the kitchen and attic room were candle lit as required. Heat and hot water were provided by a coal fire in the living room. There was also a coal fired boiler in the kitchen for doing the washing, which was an all day job. Baths were taken as necessary in a tin bath in front of the fire.

1 House was occupied by Mrs Bowling and daughters Alice (died young) and Gladys who was simple minded. There was also an older couple, possible grandma and grandad.

2 House was occupied by the Godley family until 1926 when they moved to Duncombe Street, Walkley, Sheffield.

3 House was occupied by the Bowden family, the husband’s name was “Gil”. They had two young children, and an older lady also lived with them.

4 House was occupied by Mr and Mrs Glossop and their two daughters Amelia, who was simple minded, and Amy. They were Salvationists. This dwelling only had oil lighting. The parents were regarded as an old fashioned couple due to the way they dressed, and were nickname “Tim and Lal” (possibly popular music hall or cartoon characters of the time) by the other residents. It should be noted that anyone leaving or entering any of the dwellings would be observed by their neighbours, because there was really one way in and out of the Court. The alleyway leading to Milton Lane was little used by Court residents because the Milton Lane was a very narrow thoroughfare.

Amy Glossop was 4 years older than me and took me around the Marks & Spencer Bazaar on The Moor. It had a corrugated iron shutter but otherwise no doors. For a while I also attended the Young Salvationists at the Citadel, and had a uniform. I was around 10 years old at the time. We did exercises and gymnastics, including forming a pyramid with the smallest person on top. I later joined the Girl Guides when I was about 10 or 11.

5 House was regarded as a mystery house presumably because they kept a low profile. It was occupied by Mrs Coucher and occasionally a girl also lived there.

7 House was occupied by a very large Catholic family, the Boococks’. Mrs Boocock was a widow whose husband was presumably killed in the Great War. There were seven children from the marriage, Herbert, Kathleen, Ivy, Evelyn, Georgina (known as Lina), Hilda and Mary. Mrs Boocock later re-married and became Mrs Padley, and a further three children were born, Leslie and two other girls. Herbert later married a Greek lady who is remembered as a very kind lady. They later took up residence at 10 House (qv). Elsie played with two of the Boocock girls, Evelyn who was older, and Lina of roughly the same age.

8 House was occupied by Mr Kay and his daughter Mrs Johnson and granddaughter Rita. This dwelling was unique in that it backed onto and was connected to No 12 Hodgson Street, which was general store run by Mr Kay and Mrs Johnson. They regarded themselves a cut above everyone else in the Court, although Elsie played occasionally with Rita Johnson.

9 House was occupied by Mr & Mrs Clark and their two children Bertram and Beatrice. Mr Clark liked a drink and there were occasional “upsets” some Saturday nights!

10 House was occupied by Mr & Mrs Knapton. They were related in some way to the Bownes family at 1 House. Mr & Mrs Knapton later left the court to live in a new council house at Firth Park Sheffield, and Herbert Boocock and his wife took over the tenancy.

Watch a film of Elsie talking about her childhood here