Early Descriptions of the Broomhall Neighbourhood

Broomhall, from 'The Making of Sheffield' by J H Stainton (1924) 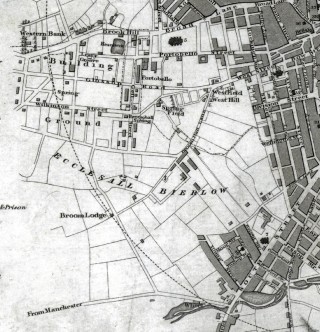 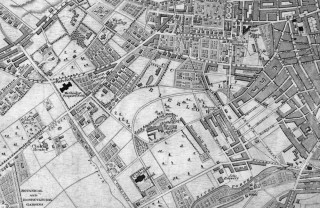 The following description is taken from the 1924 book ‘The Making of Sheffield’ by journalist and author, James H Stainton. He lived on Broomspring Lane at the time, so would have known the area well:

“About the time of Waterloo the triangle formed by Hanover Street, Broomhall Street and Monmouth Street was merely garden plots, let off to yearly tenants, and sixty years later there was scarcely a house between Broomspring Lane and Clarke Street. The Brunswick Street of to-day then stopped at the line of present- day Havelock Square, and was only joined up with Wharncliffe Road several years later, one of the simplest and most obvious improvements possible. New Porter Street, Havelock Square and Havelock Street were laid out a considerable time before the builder’s hand fell upon them; but in due course came a well-remembered lime pit at the very foot of Havelock Square, and from that moment building began.

New Porter Street, a quarter of a century later, became Filey Street, and so remains. In Broomspring Lane, between the street just named and Brunswick Street (formerly Hawke Street), and just opposite Dr. Kidley’s old home with its splendid trees, were four houses which, in the very early ‘seventies, were known as “Amen Corner,” because all were occupied by ministers.

Still keeping in this neighbourhood, and harking back again to the period round about Waterloo, corn grew in Thomas Street; the space between Broomhall Street, Hereford Street and Clarence Street was used by the Broomhall Cricket Club, this being afterwards enclosed and a “gate ” taken from those who wished to watch the games.  Clarence Street then stopped considerably short of its present length, only going some 150 yards down, and then being stopped by Evans’ brickyard, which extended to Ecclesall Road, where was nothing but gardens and open country. Another brickyard, long disused, formed the site for Hanover Chapel, and there were fragrant gardens on both sides of Hanover Street and up Wilkinson Street.  Holmes’ field, with corn in it, stood at the foot of Broomspring Lane, stretching up as far as Gell Street, and at the foot of the former thoroughfare was a well-known rope walk, another standing at the top corner of the Infirmary grounds nearest to Portmahon until well into the’ eighties.  Coal was sought in Convent Walk at one time and a shaft sunk close to Gell Street, and it is recorded that once a whole orchard of fine old apple trees disappeared down the shaft.”

Read more about The Gardens of Broomhall