You are here: Home>Explore OUR Broomhall>Topics>Animals>The History of the Sheffield Cats Shelter

The History of the Sheffield Cats Shelter

Over 100 years in Broomhall 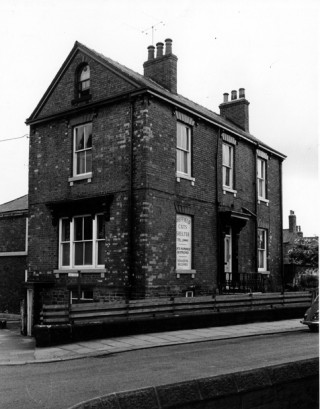 Christine Goddard, Trustee, shares the history of the Cats Shelter:

“Tucked away in a corner of Broomhall is one of Sheffield’s hidden treasures. The Sheffield Cats Shelter is one of the oldest animal charities in the City with a fascinating story behind it.

Established in 1897 by Jane Barker, the Shelter is a small, local charity that finds homes for cats and kittens. Our priorities today are to find loving homes and promote responsible pet ownership.

But this hasn’t always been the case; the Shelter has seen darker periods. Now consigned to history, the story of how we were founded and then became a lifeline for so many animals is an important part of our social history and an insight into our attitude towards animals.

History of the Shelter

As far back as 1873 animal welfare became an issue for people in Sheffield when the Society for the Prevention of Cruelty to Animals (SPCA) was first formed.   Horses were the priority in those days, being widely used for transportation, and welfare initiatives included providing horse troughs to give the poor animals a place to drink.  One of the earliest known troughs was erected in Fitzalan Square in 1894.

Domestic animals and pets were not really thought about until 1897 when Miss Jane Barker, who served on the Ladies Committee of the SPCA, set up the Cat Shelter.  The following year she instigated the establishment of a dog’s home and in 1917 the SPCA was eventually amalgamated with the RSPCA. Miss Barker was a wealthy woman and along with her sister, Mary Beatrice, she also established a charity for disabled children, which continued to help the city’s children until it closed in the1950s.

The Cat Shelter was first known as “Miss Jane Barker’s Home for Cats” and opened in Broomspring Lane.  After acquiring the Duchess of Portland and the dowager Countess of Wharncliffe as patrons, it became known as The Sheffield Shelter for Lost and Starving Cats.  The Shelter moved to 106 Gell Street in 1905, and in the 1930s moved again a short distance to 112-114 Gell Street. At some point prior to 1950 the familiar title of Sheffield Cats Shelter was adopted and in 1964 the charity relocated to our current premises in Travis Place.

Society’s attitude towards animals was very different when the Shelter was first set up. At that time, animal control, rather than welfare was the primary concern. Both the Cat and Dog’s homes included ‘lethal chambers’ where suffering and unwanted animals would be taken to die.

Gas and strong anesthetics  were used to put down unwanted animals or those who were too sick to survive. Although dreadful, this was considered more humane than the control measures that existed at the time, such as death by drowning or bludgeoning.

Records show that by 1902, the Shelter was taking in around 1,600 cats and kittens a year. As late as the 1930’s, pet euthanasia was the only option for many people who, in pre war Britain, feared for their pets because of bombing, displacement and food rationing.

Jane Barker died on Christmas Eve 1956. The Sheffield Cats Shelter remains grateful to her generosity and work in those early days. Although its beginnings bear no relation to the work done today, it has allowed us to evolve and become a charity that really cares for animals.

(Thanks to Pete Smith for providing historical information on the RSPCA and Jody Virago for allowing them to use extracts from her work, “The Sheffield Cats’ Shelter & The History of Jane Barker)”.