Local Resident, Charlie, brought us a folder of old photographs she had discovered in a skip in Broomhall! They include images from the 1970s and some of the 1980s, and mainly show the Adventure playground, the protest to keep the playground open, young people’s trips, activities in the Broomspring Centre and some of the 1970s Summer Fayres. As we digitized them all we referred to them as the Skip Collection…

This set shows some images from the Summer Fayre’s held in the 1970s. 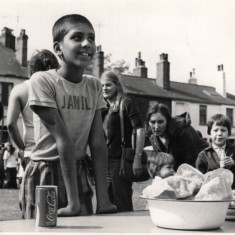 Children at the Broomhall Fayre. 1970s
Photo: Our Broomhall 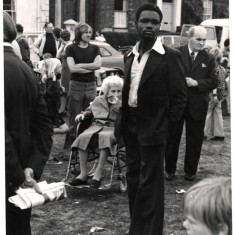 People at the Broomhall Fayre. 1970s
Photo: Our Broomhall 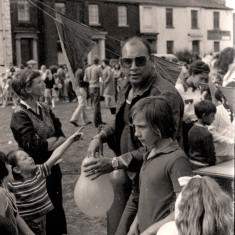