A family living on West Street

Shirley Smith was born on 17th August 1934 and she was six years old when Sheffield endured its worst bombing of the Second World War. The city was blitzed by the German Luftwaffe on Thursday 12th December and Sunday 15th December 1940. She remembers that her grandfather had come to her family’s house at 187a West Street and her mother had gone to walk him to the tram stop when the air raid sirens sounded. Shirley’s mother worked at Ernest Hill’s as a capstan lathe operator, making munitions.

Listen to Shirley’s story in the clips below the photo gallery; Picture Sheffield has some additional Sheffield Newspapers Ltd photos of the refugees at High Storrs school: 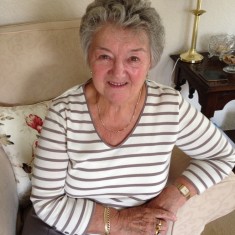 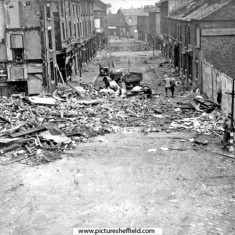 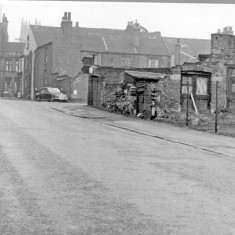 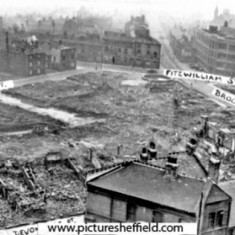