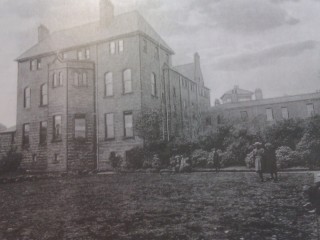 An additional wing is built onto the convent in 1890
Photo: SALS 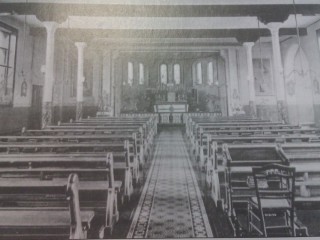 Interior of the convent - the hall or 'salle'.
Photo: SALS 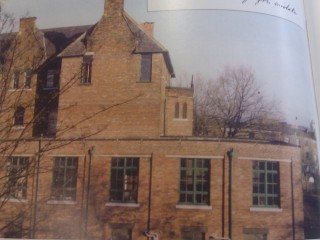 Another addition to the convent in the form of a laboratory, 1913/14
Photo: SALS 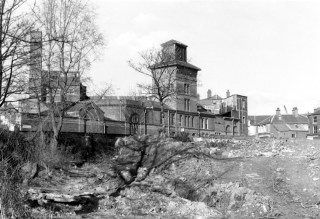 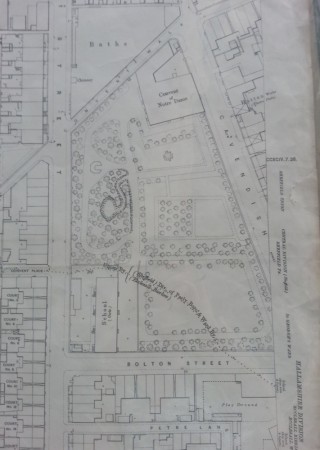 ‘The Sisters of Notre Dame having recently purchased the beautiful and spacious residence of Springfield, feel much pleasure in announcing to parents and guardians that their new convent and schools are quite completed. The grounds are extensive; the buildings airy, commodious, and well adapted to their purpose. They possess every requisite for the health, comfort, and improvement of the Pupils.’

In the year 1868, this advertisement boasts proudly of the new Convent of Notre Dame, a Roman Catholic boarding and day school for girls, situated at no. 2 Cavendish Street, Broomhall, Sheffield.

The Sisters of Notre Dame began teaching in England, coming originally from Belgium, as early as 1845. In 1862, the site at No. 2 Cavendish Street opened, both providing for the education of girls and making training available for female pupils to become teachers. In 1904, the salary of the pupil teachers was between £15 and £17 10s annually.

Attendance at the Convent flourished, leading to a number of extensions of the site between 1890 and 1914. This included the addition of a science laboratory for the girls in 1913.

In 1904, the Convent became embroiled in political debates concerning the subsidising of denominational education during the municipal elections in Sheffield. An impassioned letter was written  the editor of the Sheffield Daily Telegraph on October 31st 1904, claiming,

‘The Conservative Party have been, and are, willing to do justly by all denominations, but they cannot, and will not, purchase Catholic support by the promise of rate-aid for the Catholic Convent of Notre Dame, whatever promises may have been given or implied by members of the Liberal Party.’

In the late 1980s, the buildings were approaching 100 years old and proved expensive to maintain, with no room to expand. The school had moved site in 1919 due to increasing pupil numbers. An eviction order was placed on the buildings, with a view to have them vacated in preparation for demolition by 1986.