Stalwarts of the Homework Club and much more 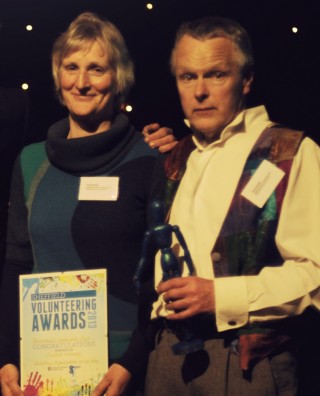 Polly and Tony have been involved in a huge range of projects in and around Broomhall since their early days in the area in the 1970s.

Their huge ongoing commitment to the Broomhall Centre’s Homework Club has benefited hundreds of local children, and been instrumental in building bridges between local residents and the transient student population.

Their efforts were rewarded in 2013 when they received a Volunteering award.

Keen recorders of Broomhall’s plant and animal life, they have also helped bring many of the area’s green spaces to life.

And somehow they also found time to bring up a family… and explore Europe on their bikes!