Broomhall Back to Backs ~ Then and Now

At one time the area of St Silas parish, Gilcar, was full of back to back houses. Although they were often referred to as ‘slums’ and were demolished as part of the 1960s slum clearance, many people’s memories of them were quite pleasant and speak of a vibrant community of neighbours living in friendly shared ‘courts’ and facilities such as laundry areas and privies.

These photographs from Picture Sheffield show one of the courts on Broomhall Street. We searched the archive collections to find the same court on the detailed maps.

We then went out and took a picture of what that spot looks like today! It is now the car park on the corner of Devonshire Green! 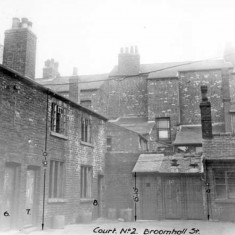 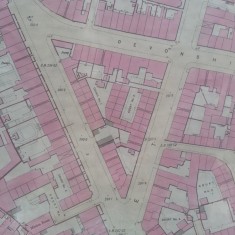 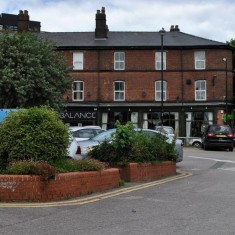 Devonshire Green, 2014
Photo: OUR Broomhall
My location
Get Directions