You are here: Home>Explore OUR Broomhall>Places>Housing>George Cunningham: The History of His Family ~ Part 1

George Cunningham: The History of His Family ~ Part 1 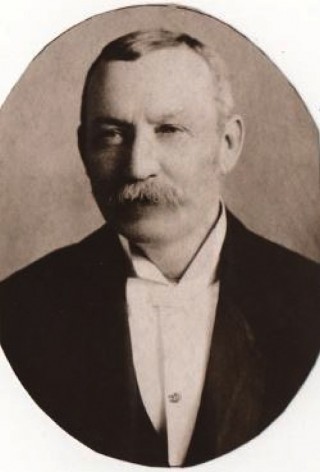 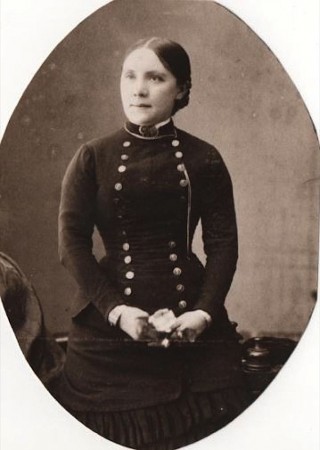 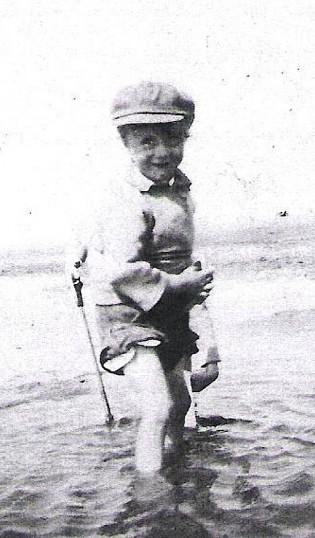 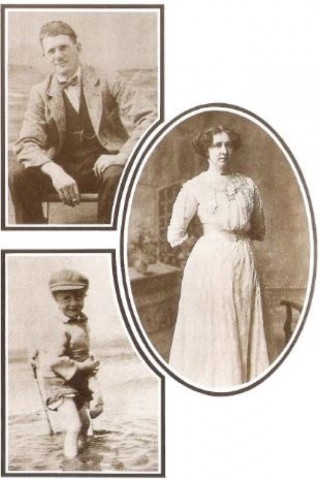 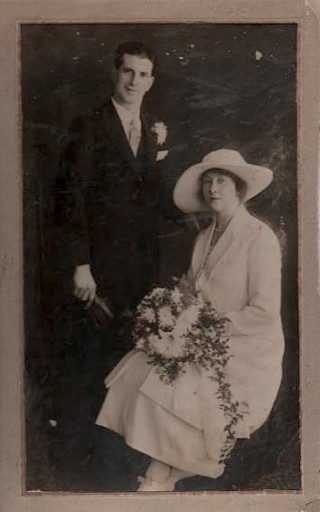 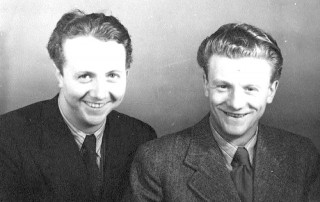 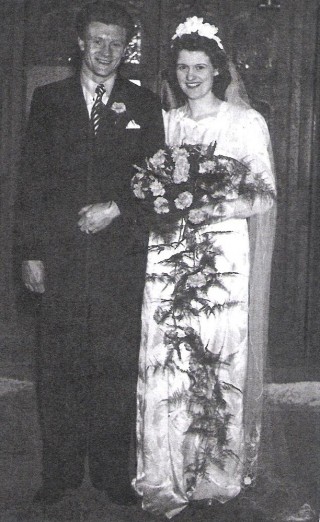 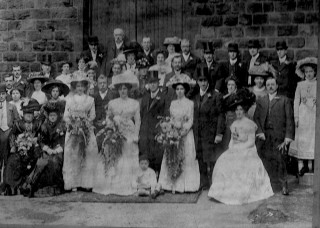 Mabel Barringer and Sidney Cunningham were married in Liverpool but they moved to Michael Road, Broomhall, Sheffield on the death of Mabel’s father George Barringer. George Barringer was George Cunningham’s grandfather and he owned a pickle and dry salting factory and shop which were in Queen Street, Sheffield and he won a medal for the excellence of his products in 1893. Mabel and Sidney came back to take over the Pickle business which became known as Cunningham Pickle & Co. Their first son was born in Liverpool and he was called Herbert Cunningham but he was known as Bill and he was named after Mabel’s brother who was called Herbert Edward Barringer but who was also known as Billy. Their second son was born on the corner of Michael Road and was called George Barringer Cunningham and was named after Mabel’s father. When Sydney died in his late 70s, Mabel his wife died 6 weeks later of a broken heart.

There is an entry for George Barringer on the 1911 census when he was aged 57 and lived at 281 Ecclesall Road with Mary and Mabel:

George Barringer: His occupation was as a yeast and pickle manufacturer and he was married to a Mary Barringer and in 1911 they had been married 35 years.

Mary Barringer: She was aged 58 and the total children that were born alive were 4 however, 2 were still living and 2 had died.

Mabel Barringer: She was George Cunningham’s mother and was aged 21 in 1911. Her occupation was as a secretary and book keeper in the family firm and she was single in 1911.

Researched from a 1911 census: Courtesy of www.ancestry.co.uk

In the 1919-20, White’s Sheffield District Directory, I found an entry for George Barringer shown below:

There was also an entry for Herbert Barringer his son shown below:

In the 1932, Kelly’s Directory of Sheffield and Rotherham, I found an entry for Sydney Cunningham shown below:

‘Mabel Barringer had been educated at the convent school in Burngreave and enjoyed the social life of a well to do Edwardian young lady. George Cunningham’s father came from Liverpool and he met Mabel when she was holidaying with her friends in Douglas. Sidney was tall with thick black wavy hair and an interesting limp, they then married and Bill was born in Liverpool and shortly afterwards they came to live in Sheffield to take over the pickle business after the death of George Barringer.’

George Cunningham’s books show working-class life and how their family and the families around them lived. However, Mabel was middle class as her father’s company was definitely thriving and the families had a lot of pride who lived in the area. The Cunningham’s house was a corner house on Michael Road and Clarence Street.

George Orwell gives an example of what a typical back to back house was like, which was what George would have seen in the area as he was growing up. ‘Back to back’ houses are two houses built in one, each side of the house being somebody’s front door, so that if you walk down a row of what is apparently twelve houses you are in reality seeing not twelve houses but twenty-four. The front houses give on the street and the back ones on the yard, and there is only one way out of each house. The effect of this is obvious. The lavatories are in the yard at the back, so that if you live on the side facing the street, to get to the lavatory or the dust-bin you have to go out of the front door and walk round the end of the block – a distance that may be as much as two hundred yards; if you live at the back, on the other hand, your outlook is onto a row of lavatories.’[1]

Inside the Cunningham’s house

Pamela Jackson, the niece of George Cunningham has kindly written some of her memories down which add much to the story of the Cunningham’s. This is because we find out some other interesting stories about her grandparents, and their characters as somebody growing up later than George and Billy who would see a different side to them and have a much different relationship with them. The house itself on Michael Road had a front room and dining room which they used as a main living area, there was a large kitchen, two bedrooms, an attic as well as a cellar.

‘In Mabel and Syds house, they still had a Yorkshire Range cooker, which is a big cast iron fireplace with a fire and an oven built into the side and a hob like a step in front of the fire like an iron lip to boil water and cook vegetables on. Across the top was a piece of curtain wire  and on that they would dry face cloths and tea towels etc. The mantel shelf seemed nearly up to the ceiling to me and on top of it grandad kept pennies. The toilet on Michael Road was one of a block of toilets across the yard and was shared with another family. In the kitchen there was a two ring gas burner on the worktop, the only other equipment for cooking on.’

‘I have never been in such a cold room. The bedroom was warmed with a parafin heater, I used to go up with Grandad to watch him light it early on in the evening, so the room would be warmed for bed time. I loved the smell of that stove. The nearest I can describe it is when we’ve been painting our house and cleaned out the brushes with turps and then lit the gas ring to cook dinner, the combination seems to create the same smell. I know it sounds like a foul odour, but it’s a really comforting smell to me. They would warm the bed with a Victorian Stone Jar filled with water, which they warmed in the Yorkshire range oven and then wrapped it in a piece of blanket. This was during the swinging sixties, but my grandma Mabel didn’t want to change her methods. My father said they were the last on the street to have the house converted from gas lighting to electricity.’

‘Syd was a talented musician. His main instrument was the violin  but he could get a tune out of anything. Athough I believe that it was a hobby, he did apparently play at house parties. He also had a delicious sense of humour and sometimes he was asked to stop joking because they couldn’t cope with laughing any more. Even though he was quite old when I was born, he was still great fun to be with although he didn’t play instruments or tell jokes by then – at least not in my earshot. It cost 2d. (old money) to buy a choco-pop which is a cylinder shaped choc-ice on a  stick. The corner shop was on the opposite corner to the house and you had to put your thumb on the well worn and shiny brass latch to open the door.’

‘But what he did do [Sydney Cunningham] was turn the foot stool upside down so I could climb in it and then he would fasten a leather belt to it like a lead on a sledge and pull me  backwards and forwards between the kitchen and living room. It must have been exhausting for him, particularly as he had a leg which didn’t bend. He would sit down in his chair with that leg sticking out infront of him and prop it on the stool. I don’t know what was wrong with his leg but I guess it probably saved his life as it was a problem with his legs which kept him out of WW1. I believe Mabel used to go and  help WW1 soldiers who were recouperating in local hospitals and that Syd was on  fire watch in WW11.’

‘My father was in the army in WW11 and was badly injured  but obviously survived. George didn’t join I believe due to medical problems. As an added twist, although I don’t live in the Broomhall area, both my children attended Broomhall Nursery, because it’s such a good nursery. My father said that as a boy he would play football on Clarence Street and the road was a yellow fur where working horses deposited their manure on the road and  then cars and carriage wheels would grind it into the road surface.’

George Cunningham was stood outside St Silas School in the school yard when being interviewed and he was asked whether the people that lived in this area lived in poverty.

‘Well when you say poverty, we didn’t think it was poverty, you know I mean people were hard up but there was a lot of pride there was no wining and this and that like. They were hard up and they wouldn’ t have let anyone here them say they were hard up, they might have said they were skint you know but you never err you know it was a matter of pride like and a lot of kids they hadn’t even shoes err but they got to school.’