Samuel Naismith & The Band of Hope

Broomhall's connection to the Temperance Movement 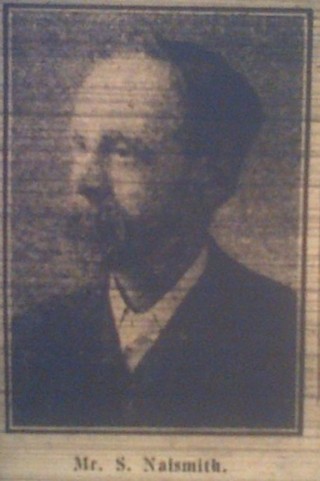 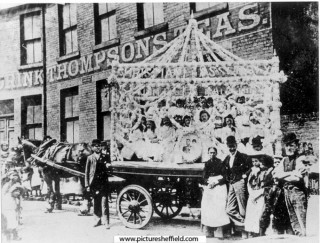 With the wealth of pubs in Broomhall, it might be surprising to some that the area was also once heavily connected to the flourishing temperance movement in Sheffield.

One particular connection is that of Samuel Naismith, a leading temperance worker who lived on Broomspring Lane. The 1891 Census shows Naismith was living at 198 Broomspring Lane, lodging with the Haslam family, whose head, William Henry, was a music smith and, from the impression of his early diaries aged 21, very sympathetic to the temperance cause.

The 1911 census show us that Mr Naismith, ‘a fluent platform speaker and an able worker and administrator,’ moved with the Haslam family to Filey Street, where he was still lodging with them aged 50.[1] Not much else is known about Mr Naismith and his lodging situation, as far as I can tell, but in 1891, it is documented that he was a widower and he remained so until his death. He had no family.

Born in 1861, in Hamilton, Lanarkshire, to a tanner master and his wife, Naismith ‘commenced his career in the estate office of the Duke of Hamilton.’[2] According to his obituary in the Sheffield Telegraph, published on November 5th 1934, ‘from an early age he had assimilated the ideals of the total abstinence movement and felt impelled to take the opportunity, whenever it came, of actively working for the movement.’[3]

He came to Sheffield in 1889, 44 years prior to his death, in order to act ‘as General Secretary of the Sunday School Band of Hope Union.’[4] Once again, his obituary reports that he ‘served that organisation faithfully and well.’[5]

The Band of Hope was an institution set up to discourage the drinking of alcohol amongst children.

‘In 1923 he retired from the office and was presented with an illuminated autograph album from the Union, the presentation being made by Sir Charles Clegg,’ a local (and indeed, national) football hero and renowned teetotaller.[6]

Naismith, seemingly unstoppable in his protest against drinking alcohol, ‘later resumed the office and held it to the time of his death.’

‘In that capacity, and also as secretary of the Sheffield Temperance Association, he took a leading part in making the temperance movement a power in the city.’[7]

It is clear that Mr Naismith took great pleasure in working toward temperance in the city, and this shows in another extract from the Sheffield Telegraph, dated September 14 1889:

‘BROOMPARK MISSION BAND OF HOPE – On Thursday evening Mr. Samuel Naismith, lecturer for the Band of Hope Union, gave the story “Uncle Tom’s Cabin” to a crowded audience in the Mission Room, Daisy walk. The lecture was illustrated by a splendid set of dissolving views, and was much appreciated. The Band of Hope here is in a flourishing condition. Last winter the attendance averaged from 180 to 200 and during the summer the numbers have been good.’

In addition to this, his obituary tells us that he ‘had a great deal to do in the organisation of the Band of Hope galas that were held for many years.’

The Band of Hope galas were held annually in the Botanical Gardens. They consisted of a parade that started in town and proceeded down Glossop Road before ending up at the Botanical Gardens. A newspaper article entitled ‘Sheffield in the Days of Long Ago’, recalls that ‘It was almost a general holiday, and thousands lined the route from Haymarket to the Botanical Gardens to see the long procession of pretty, novel and interesting wagons conveying the children.’[8]

The galas consisted of singing and the giving of prizes for patchwork and quilts. According to the pamphlet for the Grand Annual Gala, July 29 1872, prizes would ‘also be given for the BEST HAND BANNERS, BEST GARLANDS, BEST MOTTOES and BEST WAGGONS in the procession.’[9]

Such songs were sung as ‘Temperance Boys and Girls’, which boasted lyrics like:

‘Brave Temp’rance boys and girls are we
In sunny youth from care we’re free;
And join we now in Bands of Hope,
Against an evil power to cope.’[10]

Such lyrics are testament to the strength of the temperance cause which, the Sheffield Telegraph assures us, ‘never had a more wholehearted advocate than Mr. Naismith. His attitude towards the consumption of alcohol was one of uncompromising hostility.’[11]

The Sheffield Band of Hope started off in ‘a tiny room’ in North Church Street before its office moved, first to Westfield Terrace and then to Devonshire Street where ‘the premises allowed ample room for the meetings of the committee and speakers.’[12] However, in 1919, in an article exploring the history of the Band of Hope Union from its origins to the present day, the offices had been moved once more to be situated in the Library, Montgomery Hall on Surrey Street. The article reported that, in Sheffield alone, ‘there are 10000 members and about 1000 workers, making up about 155 societies in connection with our various Sunday schools.’[13] The same article, in which it is obvious that the movement was prosperous and important to its members and the wider Sheffield community as a whole, also published a picture of Mr Naismith, who they mentioned as a lecturer and Secretary of the organisation. The article is available on microfilm in the Local Studies Library.

[1] ‘Temperance Stalwart – The Death of Mr Naismith after a Short Illness’ Obituary, The Sheffield Telegraph, 1934