You are here: Home>Explore OUR Broomhall>Topics>Journalism>The Demise of Mrs. Stainton 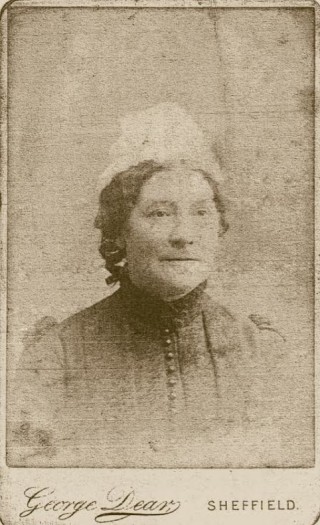 Mrs. Stainton like her husband, the late Rev. R. Stainton persevered her social work and sacrificed her life in the betterment of the poor e.g. conducting large classes for women. She was part of the Sheffield Women’s Society, an organisation that raised a petition for reduction and stop of issuance of licenses for houses selling intoxicating drinks in Sheffield.

Unfortunately, in her 86th year Mrs. Stainton passed away due to old age after a few days of illness.

The article below from the Yorkshire Telegraph and Star gives details about her seamless sacrifice and her close relations with her uncle Michael Faraday, the great chemist of the Victorian era.

“We regret to announce the death, which took place on Saturday night—in her 86th year, at her home, 95, Broomspring Lane, Sheffield—of the widow of the Rev. Robert Stainton. The deceased lady, who leaves one son—Mr. J. H. Stainton—was the daughter of Mr. Robert Davis, Old Bank House. Kirkby Lonsdale, and came with her husband to Sheffield from George Street Chapel, Huddersfield, in 1864.

In the well remembered religions and social work of her husband, carried on at Garden Street Chapel, Tapton Hill, and at the Theatre Royal and Albert Hall Sunday afternoon services, Mrs. Stainton was a great helpmeet, and for over 30 years worked unsparingly on behalf of the poor. During this period at Garden Street and Mount Zion she conducted large classes for women, and a very real attachment existed between teacher and class. Of a beautiful character, it can be truly said that she lived a life of constant sacrifice. Her death was simply due to old age, and she passed away very peacefully after a few days’ illness, her memory remaining quite clear to the last.

Mrs. Stainton was niece of Michael Faraday, the great chemist of the Victorian era, and she had many memories of his famous lectures in the Royal Institution, London. She frequently accompanied him there, and was present when the Prince Consort on two occasions, in quite an informal way, offered a knighthood to Faraday on behalf of Her Majesty. On each occasion the honour was declined. The deceased lady of the late Mr. Fred Barnard, the artist and caricaturist.

The house where Mrs. Stainton died-she lived there over 51 years—was a great centre of social and philanthropies effort in the sixties and seventies at a time when such work was even more urgent than now. Parties met regularly during the France- Prussian war for the making of lint for the wounded and other comforts, and few of the great Evangelistic preachers who visited Sheffield in three years failed to pay a visit to that home”.