Broomhall People from 'The Making of Sheffield', 1924 by J.H.Stainton 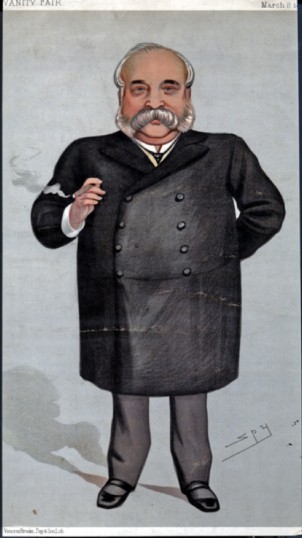 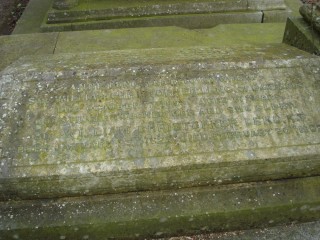 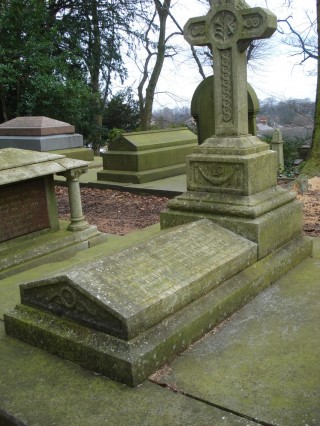 Sir William Leng was co-owner of the Sheffield Telegraph newspaper from 1864, and lived for a long time at ‘Oaklands’, a large detached property on Collegiate Crescent in Broomhall.

This extract from ‘The Making of Sheffield’ starts with his obituary, and goes on to give more details of his life..

“Sir W. C. Leng’s death occurred at Oaklands in 1902, and by everyone, by political opponents as well as friends, his passing was genuinely deplored. In his own paper his career was amply dealt with, the notice of his life extending over seventeen columns, and all other notable newspapers of the United Kingdom had sympathetic references to the death of one who, strong in his principles strong in his likes and dislikes, had been a giant in journalism and brilliant writer. The story of his journalistic life was afterwards circulated amongst his staff.

Born in Hull , January 25th, 1825, his father served on H.M.S. Termagant in the Napoleonic wars. The son became a chemist, but later drifted into journalism, until he was eventually attracted to Dundee where his brother, afterward Sir John, was established. There the new comer, amongst other things, revealed himself as a great advocate for freedom of footpaths, and became a great friend of Mr. George Gilfillan, the Scots critic and essayist. It is possible that that friendship had something to do with the moulding of a style which, in later years, through its irony and fervor, became such a power in Sheffield and the North of England.

In 1864, Mr. Frederick Clifford, a barrister and a fine speaker, who had bought the Sheffield Telegraph from Mr. H. Bradey, invited Mr. Leng to join him, and at the end of the year named, a long standing and important association began between the two. They became joint proprietors with Mr. Shepherdson and another, Mr. Leng being editor with full power; and he was the first newspaper editor in the provinces to bring out his paper daily, even though the total issue only amounted to a few thousand copies per week.

In his early writings, the new editor revealed all the strong Imperialistic tendencies of his sire, who had grounded him well in Hull. He never truckled, never sought popularity, never took the popular side because it was popular, and by sheer force of talent, inexhaustible energy and hard work he won through. There was a very real earnestness about all that he did on behalf of his paper; no trouble was too great. His library, dispersed by Messrs. Bush & Sons after his death, consisted of four thousand volumes, and he used to declare that he knew them all, and gave shelf room to none that was not of use. Beyond question, he had a mighty pen, and his honesty of purpose was generally held to be beyond question. There was no time for dallying with little things in such a life; he fought great issues, never dreading solitariness in his opinions, and more than once achieving great ends by an unaided energy.

Of his value to the Conservation cause there could be no question. What Conversatism is in Sheffield to-day is very largely owing to his zeal at a time when the town was Radical to the core. His sarcas was described as a two-edged sword, cutting whichever way it flashed; he seldom praised, so that every word of commendation he gave was treasured—by his staff at all events, by whom he was greatly beloved.

Politics were first to him at all times, but there were occasions, as when holidaying, when he dipped into the descriptive, and so produced articles which were like poems in their vivid picturesqueness and pleasant rhythm. When he came to Sheffield, he found it a hotbed of pro-Southern sympathy in the American war, of Trade Unionism and Radicalism, and all three things he attacked with every atom of his strength. It is a matter of history that the Commission on the Trade Union outrages was obtained almost wholly through his exertions. The story of those outrages and the Commission is told elsewhere, but it was an often told office story, that during the days when he was making his searching enquiries, the result and report of which brought about the Commission, he used to return up High Street to Aldine Court, smoking his cigar and marching between two constables with a third behind. One result of this, and apart from the tremendous kudos which came to his paper, was the presentation of his portrait to Mr. Leng on April 28th, 1868, 600 guineas being subscribed and the painting being the work of H.P. Crighton of Sheffield. It now hangs, bearing a full and eloquent descriptions of the causes which brought the gift about, in the Town Hall. Lord Wharncliffe was in the chair when the presentation was made.

In 1887, the bonour of Knighthood was conferred on Mr. Leng, and in celebration of this, one of the best remembered of all the Telegraph social functions was held, the staff being entertained by the proprietors.

In private life, Sir William was the soul of kindness and generosity, as his staff realized, and his relations with the whole of his work people were perfect. His personality was described by Charles Reade in Put Yourself in his Place, in the character of Mr. Holdfast—“Not above middle height, a clean built, symmetrical man with a remarkable chest, broad and deep; a mouth of iron resolution with a light and humorous dimple in the corner. He had craving for work which was insatiable and the power to do it seemed unlimited.” When interviewed on behalf of The World’s Celebrities at Home, he declared: “Every day is hard race between time and me, with not a minute to spare.”

Harking back to the days of 1855, he used to speak to the opening sales as quite good, though so much of the money came in copper—too heavy for the tables—that a heap was made of it in one corner of the room and was covered with old newspapers. The paper was carried on for some years by Mr. Pearce, without, at all events, entailing a loss until, in January, 1864, came Mr. Frederick Clifford, at that time assistant editor of The Times, and subsequently the engagement of Mr. Leng.

The first copy of the new paper was issued on June 8th, 1855, and very soon there were two thousand subscribers. Each page was 16″×14″, and it was printed on a hand-press at two hundred per hour. Within a month, steam was introduced, with a turnout of one thousand copies per hour. In January, 1856, Mr. Pearce enlarged the paper; in 1857 came further enlargement; in 1858, Mr. Shepherdson of Edinburgh joined it, and Mr. Leng on the last day of 1863. The policy of the new paper was declared in the issue of January 1st, 1864—“So far as in us lies, we mean to make the Sheffield Daily Telegraph inferior to none in England, in vigour of the management, and the literary ability employed upon it.” In June, 1886, a move was made to Aldine Court, which later was purchased by the firm, from Hartshead to High Street.

Mr. Leng threw himself and the increasing influence of his paper—“my paper,” as he used to call it—into the maelstrom of many Imperial and world-convulsing questions. His tremendous work on the side of the North in the American Civil War was cordially acknowledged both by Cobden and Bright; he was whole-heartedly on the side of the Turk as against Russia, and had what has been well described as “a brave unbreakable spirit”—he was a political individualist. It was not inaptly said that, at the time of his death, the state of Conservatism is Sheffield was his memorial, and the many broadsheets which were issued from his offices, like so many political whirlwinds, assisted the party all over the country, as records in his publishing department showed. He fought the Liberal opposition to the Ten Hours Bill which that party declared would cost the country millions of money, and also fought the “Liberal millocrats and coalowners” who urged that the coal trade would be ruined if the practice of sending little boys and girls to work down the pit was stopped.

Sedulously, he set himself to destroy the country’s faith in Liberalism, and in so far as he succeeded in that, he built up Conservatism. At all times in Sheffield, he was first to be consulted respecting political candidates for the borough, and later for the borough’s divisions.

The last contributions to his beloved newspaper, under the nom de plume of “Arcturus,” appeared on Saturday, February 8th, 1902, and Saturday February 15th, each being dictated in the sick room at Oaklands, Broomhall Park.”