You are here: Home>Explore OUR Broomhall>People>Historical Figures>A Home Visit & an Evening of Dancing at the Cutlers Hall

A Home Visit & an Evening of Dancing at the Cutlers Hall 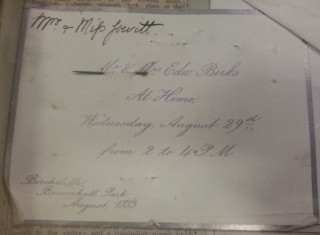 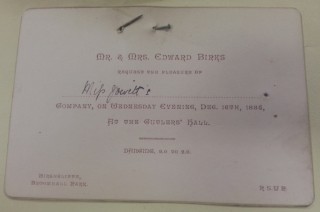 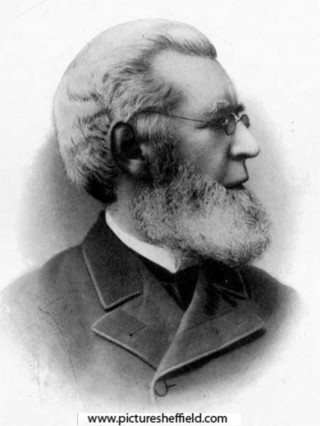 Sheffield Archives holds a copy of Eliza Jowitt’s scrapbook, in which is an invite card sent to her and her mother by Mr & Mrs Edward Birks of Broomhall Park.

Requests the pleasure of

At the Cutlers’ Hall

Edward Birks lived at 24 Collegiate Crescent and was one of the Directors of the Sheffield Banking Company.

Mr Birks name shows up again in the archives catalogue relating to property he owned in Little Sheffield: