You are here: Home>Explore OUR Broomhall>Topics>Art>Leonard Beaumont: A Sheffield-Born Artist and Designer 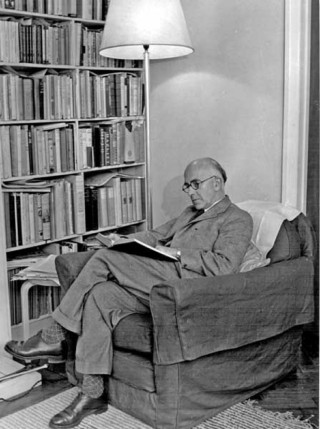 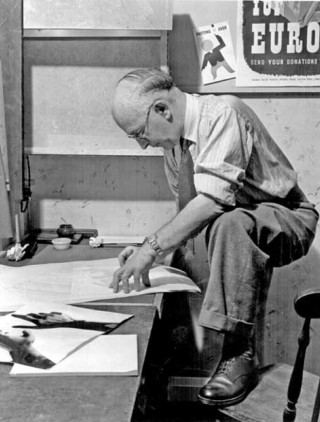 Leonard Beaumont is a key figure in art history and is also a highly influential artist in Sheffield. He produced a significant number of lino-cuts, etchings and publications in the 1930s, which led him to working in the advertisement industry in London, yet he was not known as a successful designer and painter to people in his hometown for a long time.

He was born in Broomhall, Sheffield in 1891 and lived there until he went to London in 1936. On leaving school at age 16, he worked for the Sheffield Daily Telegraph producing black and white advertisements while he started his artistic training at the Sheffield Technical School of Art in the evenings. Before long, he showed extraordinary talent for drawing and elementary printmaking and he won a West Riding of Yorkshire Scholarship, which allowed him to extend his studies for a further three years (1912-1915). He developed an interest in etchings and lino-cuts prints in the 1920s, learning its skills from a book, and designing his own printing press.

In his early years, he lived in Broomhall, Sheffield, where factory chimneys and steel workers were more familiar sights than anything else. With numerous studies of vibrant movements in the steel city, he created his own style of lino-cuts and etching with his favourite colours; red, grey, black and white.

After he met and married his wife, Gertrude Ann Roberts, he moved to London in 1936. He was offered a position as an Art Director in the Publicity Department of the United Artists Film Distributor in London and that was his turning point as a successful commercial designer. Then he went to the Advertising agency Mather & Crowther and helped with propaganda posters for the Ministry of Information, the Ministry of Food and the General Post Office during the Second World War. After the war, he was appointed design consultant for the supermarket chain, Sainsbury’s, in 1950 and was responsible for the grocer’s first coherent design for packaging and brand identity.

In 1947, Leonard was one of ten artists awarded an Honourable Mention with $100 from United Nations Poster Competition and was one of fourteen shortlisted as a designer to submit proposals for commemorative British stamps for the London Olympic Games in 1948. In 1942, he was elected a member of the Society of Industrial Artists (London) and was also elected a Fellow of the Society of Industrial Artists (FSIA) in 1947. His prints and etchings were exhibited worldwide, including the Royal Academy of Arts in London, the British Museum, National Gallery of Canada, and the National Gallery of Australia.

Leonard Beaumont retired from Sainsbury’s in 1960 and died aged 95 in Hathersage, Derbyshire in 1986. Thankfully, he donated over 80 of his works to Museums Sheffield, including etchings, linocuts watercolours and drawings before his death. In the Graves museum in Sheffield, there were solo exhibitions in 1983 and 2012 to celebrate the life and work of Leonard Beaumont.

Watch a Museum Sheffield film about Leonard on YouTube