You are here: Home>Latest contributions>Arthur Hayball: Talented Photographer and Woodcarver 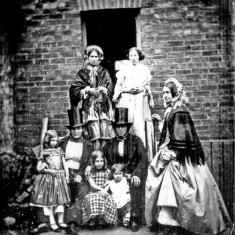 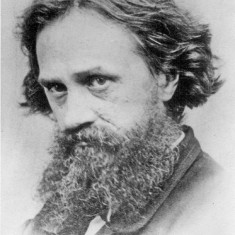 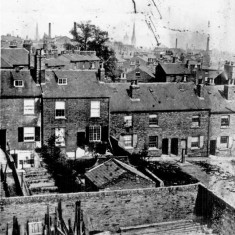 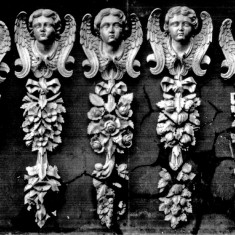 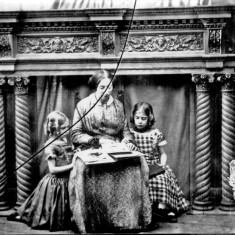 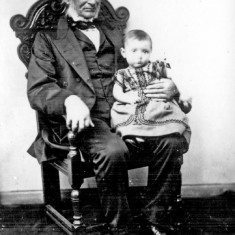 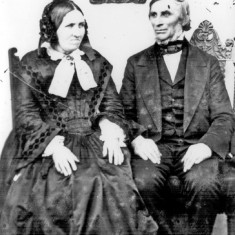 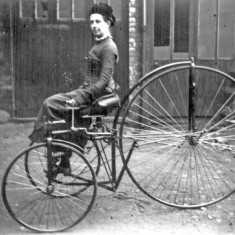 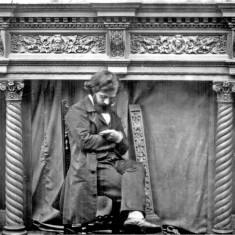 Arthur Hayball (1822-1887) is one of our favourite historical characters in the OUR Broomhall project.

Quite early on in the project we discovered that the earliest photograph kept at Sheffield Archives & Local Studies is a portrait taken in 1852 by Arthur Hayball of his family at his house on Hanover Street (first photo in gallery above). After searching the censuses we found that at various times in the 19th century, Arthur and his family as well as his brother and parents lived on different streets in Broomhall, including Clarence Street Hanover Street, Gloucester Street and Cavendish Street.

The photo on the far right on the top row of our gallery shows one of Arthur’s photographs taken from Cavendish Street looking towards the smoky city of Sheffield.

Cavendish Street was where Arthur also had his woodcarving workshop and through looking at some of his photos in the archives as well as his account books we discovered that two of his daughters, Miriam and Clara were also very creative and active in the business which crafted beautiful pieces of woodwork, particularly for church fixtures. Churches were going up all over the country during this time so this would have certainly kept Arthur and his family busy! In fact Arthur’s work travelled beyond England and ended up all over the world!  We suspected that the woodwork in the local St Silas church may have been done by Arthur also as it closely resembles carvings in his photograph collection. Eventually we discovered that our hunch was correct as J.H. Stainton refers to it in his book ‘The Making of Sheffield’ in his section about Arthur.

One of our favourite photographs of Arthur is his self-portrait (last photo in the gallery) which we think may be Sheffield’s first selfie!

The more we searched in the local archives the more we realised how much of his collection is there to be discovered – albums of photographs, business books with designs sketched in the margins, family letters and paintings. We will be adding more to this website about Arthur Hayball as our research proceeds. For now, this page shows some of his images from the Picture Sheffield collection at Sheffield Archives & Local Studies.