You are here: Home>Latest contributions>The History of Broom Hall

The History of Broom Hall 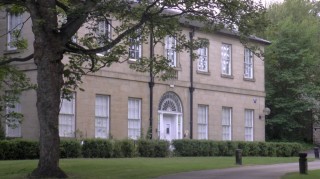 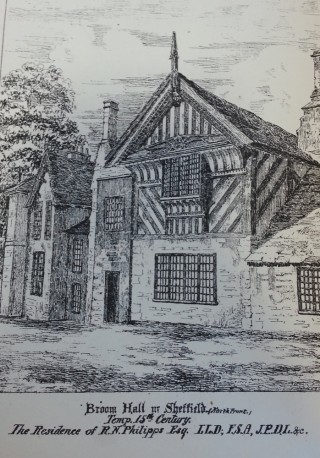 Broom Hall is an historic house situated at the heart of Broomhall, from which the neighborhood takes its name. The earliest part of the house dates back to the 15th century, characterized by timber framing work and recently having been tree-ring dated to c1498, being owned at that time by the Wickersley family. The family had been settled at Wickersley, a small village near Rotherham, South Yorkshire, since the twelfth century, being uncertain when their connection with Sheffield and Broom Hall first arose.

Earlier on the beginning of the 16th century Broomhall and the other estates of the Wickersley family felt to the Swift family, when Robert Swift, son of Robert Swyft of Rotherham married Ellen, daughter and heir of Nichloas Wickersley, the last with the name.  On the dead of Robert Swift, the house came to the Jessop family, as Richard Jessop married Anne, the eldest daughter of Robert Swift. A deed of 1561 shows that the estate at Broomhall were assigned to the Jessops (http://www.wickersleyweb.co.uk/wickersley/swyft.htm). Under the Jessop family the house was extended. James Wigfull attributes to William Jessop (d. 1630) the erection of the H-shaped house, extending the western wing, while other sections of the house were rebuilt in the late 17th century, while the eastern wing was added in 1784 by the Rev. James Wilkinson, Vicar of Sheffield and descendant of the Jessop family from his maternal ancestors.

During the time Rev. James Wilkinson lived in Broom Hall, the house was attacked and set on fire by a mob during the famous Broomhall Riots, in 1791, against the Enclosure of land Act, resulting in the damage of the library collected by Mr. Wilkinson’s great-grandfather, Francis Jessop, one of the earliest members of the Royal Society, as well as part of the furniture and windows. On his will, dated on 1801, Rev. James Wilkinson left Broom Hall to his cousin, Philip Gell of Hopton who sold a great part of his property, with Broom Hall being bought by Mr. John Watson of Shirecliffe Hall.

In the mid-19th century, the house was divided into three tenancies until 1973, when it was restored and became the home and workshop of the renowned Sheffield-born cutlery designer David Mellor for which he received an Architectural heritage Award. From 1990 Broom Hall has been converted for offices use and it is a Grade II listed building.
The successful integration of the cutlery workshops received an Architectural Heritage Year Award.