You are here: Home>Latest contributions>The History of the Steel Industry

The History of the Steel Industry

Technical Advances in Steel Made in Sheffield 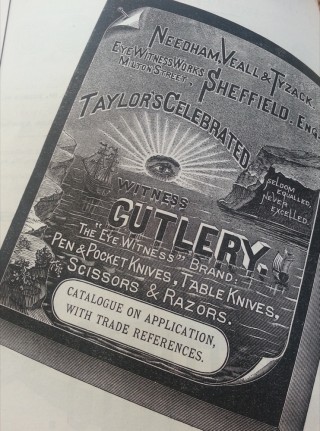 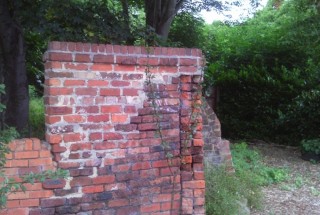 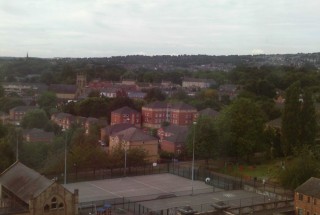 Springfield Estate from West One Plaza. 2014
Photo: Our Broomhall

Local cutlery manufacturers in Broomhall like Taylor’s (shown in this advert) were dependent on local steel.  For many centuries Sheffield has been known for its high quality steel.  Steel is an alloy of iron and carbon.  The problem is that the iron needs to be exactly 2% carbon or it won’t bond together properly.  Ordinary iron has too much carbon – it is a weak, brittle metal.  Sheffield has been known as a cutlery producing town since the fourteenth century and by the sixteenth century was the main centre for cutlery production in England outside London.  Producing steel used to be a long and complicated process.  The crucible method involves melting pure iron (wrought iron) in a crucible with ordinary iron melted in a coal fire (pig iron.)  This has been done since medieval times.  The problem is that pure iron is difficult to make.

An important invention was made in Sheffield by Henry Bessemer in 1856 – the Bessemer converter.  This makes it possible to produce steel directly from poor quality iron, simply by blowing air through it.  The air oxidises the impurities in the iron, causing them either to blow off into the air or to become slag.  It is possible, using this method, to reduce the amount of carbon in the iron to the exact amount needed to form strong steel.

This is the wall of the A. E. Shearer factory which manufactured sheep shearing equipment.  It can still be seen in the allotments opposite St SiIas Church.  The company has existed since 1865 and, after its invention in 1913, much better quality sheep shearing products would have been made from stainless steel, an invention made in Sheffield.  Ordinary steel has a tendency to rust.  This was a particular problem with kitchen cutlery made from carbon steel – imagine having to frequently polish your kitchen knives to stop them rusting.  Harry Brearley worked for Brown Firth Laboratories in Sheffield and was looking into the problems of corroding gun barrels shortly before World War I.  Chromium steel was investigated as a metal that would withstand the high temperatures that occur in a gun barrel.  The new chromium steels were surprisingly resistant to the alcohol and nitric acid solution that was used for tests in the laboratory.  Harry Brearley tested them with lemon juice and vinegar, finding them to be highly resistant, and saw the potential to use the new metal in the production of household goods like cutlery and pans.  There were arguments over the patents.  Harry Brearley left Brown Firth Laboratories in 1915 and the stainless steel most widely used today was developed by his successor Dr. W. H. Hatfield who developed 18/8 stainless steel in 1924.  This steel is 18% chromium and 8% nickel.

In recent years factories like Viners have been demolished and housing estates have been built.  Schools and homes like these are no longer built next to smouldering factory chimneys.

More information can be found through the links below: