You are here: Home>Latest contributions>Broomhall Nursery ~ An Interview with Diane Hetherington, Headteacher

The Oldest Nursery in Sheffield, at No. 4 Broomhall Road 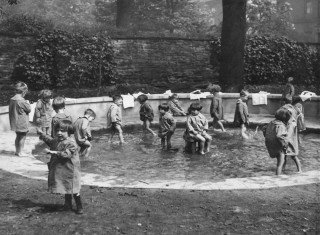 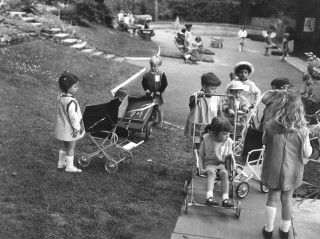 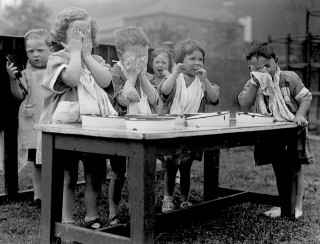 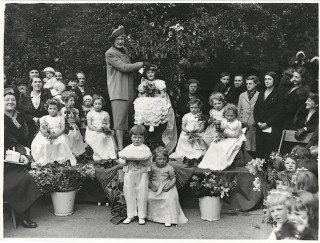 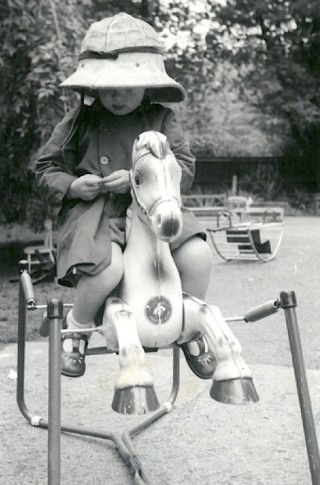 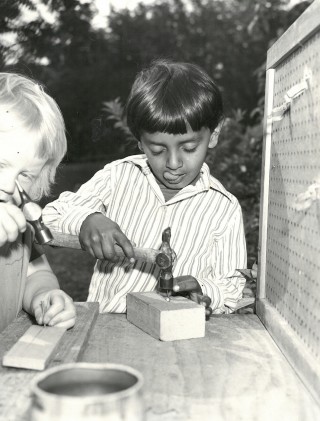 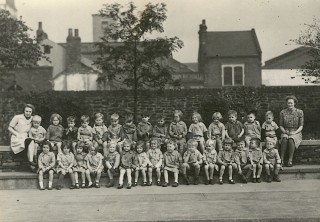 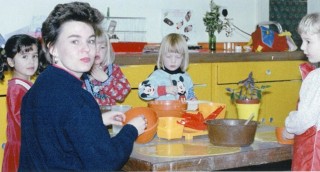 Happy children, growing and learning together, is what Broomhall Nursery has excelled in since they opened in 1930. Based on No. 4, Broomhall road, Broomhall Nursery is the oldest nursery in Sheffield, and is one of the only two stand alone nursery schools in the City funded by the Local Authority.

We had an opportunity to meet up with Headteacher, Diane Hetherington, and discuss the historical significance of the nursery in the Broomhall area and their anniversary celebrations held a few years ago in 2011…

1. Could you outline the historical significance of Broomhall nursery within its surrounding areas?

Diane: -Broomhall nursery opened in 15th September 1930. The nursery has been subject to many international situations from that time period.

In 1939, the school was closed for eight months due to the start of the Second World War. Around 50-60 children were evacuated to Melton Mowbray.

The school did re-open, but only from 11am to 2.30pm. Due to air raids, it was then closed again due to the Sheffield Blitz in December 1940, with 23 of the school’s windows broken.

With all that history resilience, it currently holds the proudest title of the oldest nursery in Sheffield and was awarded by the Ofsted inspection on 14th & 15th October 2014 as outstanding in every category.

2. Please give us some insight on the historical transition of this building’s turnaround as part of a gated lodge estate to the oldest nursery in Broomhall, Sheffield?

Diane:– No. 4 Broomhall Road was built in the area surrounding Broom Hall (just up the road), which in the 1800s was known as Broomhall Park & Estate.

In 1848, the Broomhall estate was taken on lease by William Travis for 800 years @ £14 per annum from Mr. John Watson of Broomhall. The Mortgage was then transferred from Mr. William Travis to Mr. James Henry Barber.

In 1938, the nursery held its first garden party on 9th July. The house had to be used, as well as the outside, due to the unsettled weather. The nursery raised £7 9s 7d.

Due to the increasing number of children registrations, in 1970, the bungalow was developed on the grounds of the former 6 Broomhall Road.

3. Broomhall nursery celebrated its 80th Anniversary in 2011. Could you please give us some details as to how it turned into a special event for past and present pupils?

Diane: In 2011, the Nursery celebrated its 80th year having first opened its doors on 15th  September 1930. As the special date approached staff, governors and parents thought that  a way to mark the occasion would be to hold a Garden Party in the Nurseries 80th year.

The date was arranged for Saturday 25th June 2011 … it was set to be a Community affair open to all … by the end of the day over 900 people would have passed through the gates all wanting to share in the celebrations.

We had been very fortunate that the Nursery attic was a treasure trove of photographs and written records throughout the years. From these we were able to make displays of photographs, written records and memorabilia, our best find was the very first admissions register. With a lot of this information we had the opportunity to print a newspaper entitled ‘The Broomhall Nursery Times’, this was full of interesting information and advertisements from years gone by it was a lovely memento to share with everyone. The local newspaper and radio stations came to our aid by advertising the Garden Party, we were staggered by the amount of responses that we received from people who wanted to share their experiences of their time at Broomhall. Two of the very first children to attend the Nursery were Dorothy Barker and Brian Clayton and we were proud to invite them both to attend the celebrations as guests of honour. Sisters Wendy Dodd and Molly Proctor made their first visit to Broomhall nursery for over 70 years that day. Wendy and Molly were pupils at the nursery in the late 1930s.

As we looked into the representation of an 80th Anniversary we found that it was the Oak and this was to become the centrepiece for the Garden Party. Dr Sonia Sharpe the Director for Sheffield Children Young People and Families accompanied by Dorothy and Brian planted a commemorative Oak tree in the Nursery Garden.

All the visitors had the opportunity to look around the Nursery and the grounds and all the displays that had been set up, they were entertained by a choir, a band and groups of nursery children who wanted to show their singing talents.

There were lots of old games to play and an old fashioned sweetie shop and of course the obligatory Strawberry Cream Tea.

It turned out to be the most Magical day … the sun shone beautifully all day … there were lots of smiles and tears, friendships rekindled and lots of memories shared. All in all the day was a resounding success and a good time was had by everyone.

4. The nursery cares for children from different cultures and backgrounds. How are multicultural themes highlighted at Broomhall?

Diane: Here at Broomhall Nursery School we are extremely proud of our diverse community and see it as a privilege to work in partnership with children and families from different cultures and ethnic backgrounds; albeit from permanent local residents who have made Sheffield and Broomhall their home to our more transient community of students enrolled at the two local Universities who chose to send their children to Broomhall because of its city-wide reputation for outstanding nursery education and care.

Our diverse community is represented on both our staff and Governing Body. We celebrate all the cultures represented at Broomhall and in the area on our Annual One World day. We ensure that we also celebrate major festivals such as Chinese New Year, Eid and Christmas to name but a few.

As young as our children are we teach them British Values of mutual respect for others regardless of gender, disability, religion or culture:-

5. Recently, the Broomhall Under 3s – a parent initiative – was launched. This currently provides child care for children under 3. What has been the feedback of the community on this initiative?

Diane: The feedback and response from parents and the community has been fantastic, numbers are steadily rising. We have enquiries, visits and applications almost daily.

Parents and the community are delighted that we have been able to save this valuable resource and continue to work with Broomhall Nursery School in providing a service that is outstanding.

Families can get in touch with the team via the www.broomhallunder3s.co.uk

What are the key differences in the childcare provisions and services over a period of 84 years at Broomhall?

Diane: When the nursery opened in the 1930s the emphasis was very much on cleanliness and fresh air. The children even had their enforced daily naptime outdoors. Obviously today the emphasis has changed to a more educational diet; offering a broad and balanced curriculum both indoors and outdoors. Now only the very youngest children in our Under 3s have regular nap times during the day and these are taken indoors; even in summer!

Where children once attended 5 morning or afternoon sessions only; we now offer more flexible attendance patterns to accommodate working families and a longer day to include breakfast and tea club.

The area has seen an expansion in Private and Voluntary Childcare provision; meaning more competition for places; however, once again the Ofsted recognised outstanding provision for both under and over threes ensures that we have healthy pupil numbers. Indeed some children and families travel considerable distances to attend the school.